Return to the main site

A Serene Retreat For Successful Meetings

Located in Briarcliff Manor, New York, just 45 minutes from Manhattan, Edith Macy Center is situated among 405 wooded acres on a mountainside in the heart of Westchester County. At Edith Macy Center, and at all Benchmark properties, the legacy of success is anchored in our philosophy of balancing living, learning and leisure. It is the formula that creates the signature of unparalleled excellence in quality and service throughout the network of Benchmark resorts, hotels and conference centers. 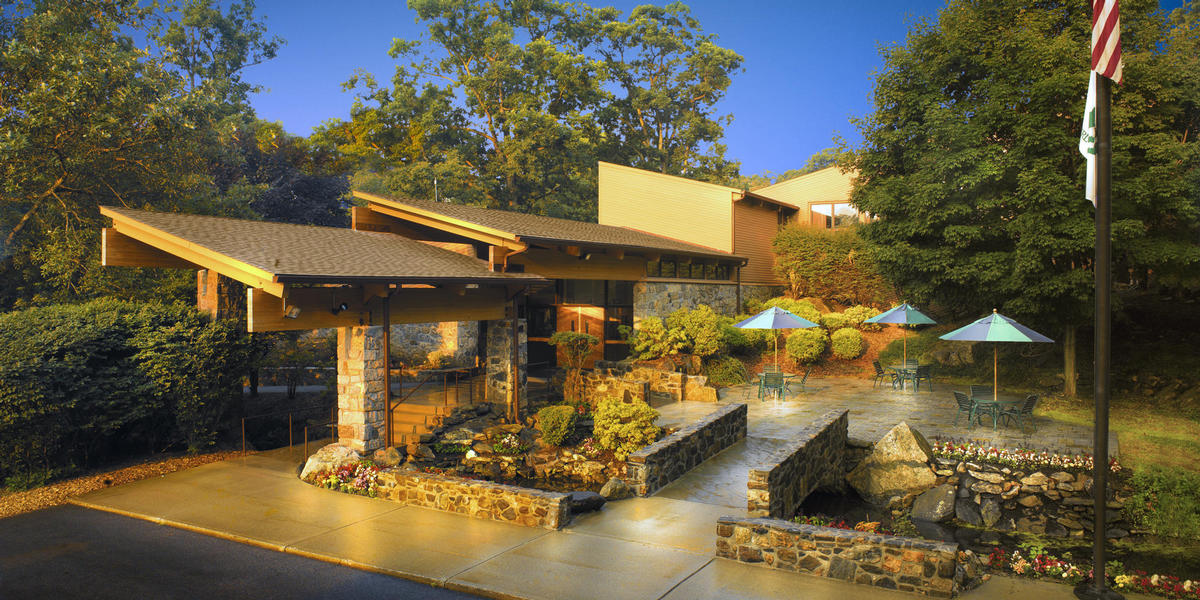 Edith Macy is a member of the International Association of Conference Centers (IACC) and was awarded the Gold Level of Sustainability from IACC in 2009. IACC’s code of sustainability provides 59 best practices in the areas of Education & Awareness, Waste Management, Recycling, Reuse, Water Conservation, Purchasing, Energy Management, Air Quality and Food & Beverage. Edith Macy is committed to environmental sustainability.

Located in Westchester County, 50 minutes north of Manhattan, Edith Macy Center today is a 400-acre site named after Edith Carpenter Macy, chair of the Girl Scout National Board of Directors from 1919 - 1925. With land and capital donated in 1926 as a memorial tribute by her husband, V. Everit Macy, an industrialist, philanthropist, and local government official, it honors Mrs. Macy's dream of a permanent Girl Scout instructional facility, staffed and equipped to offer high quality training and guidance to Girl Scout leaders. 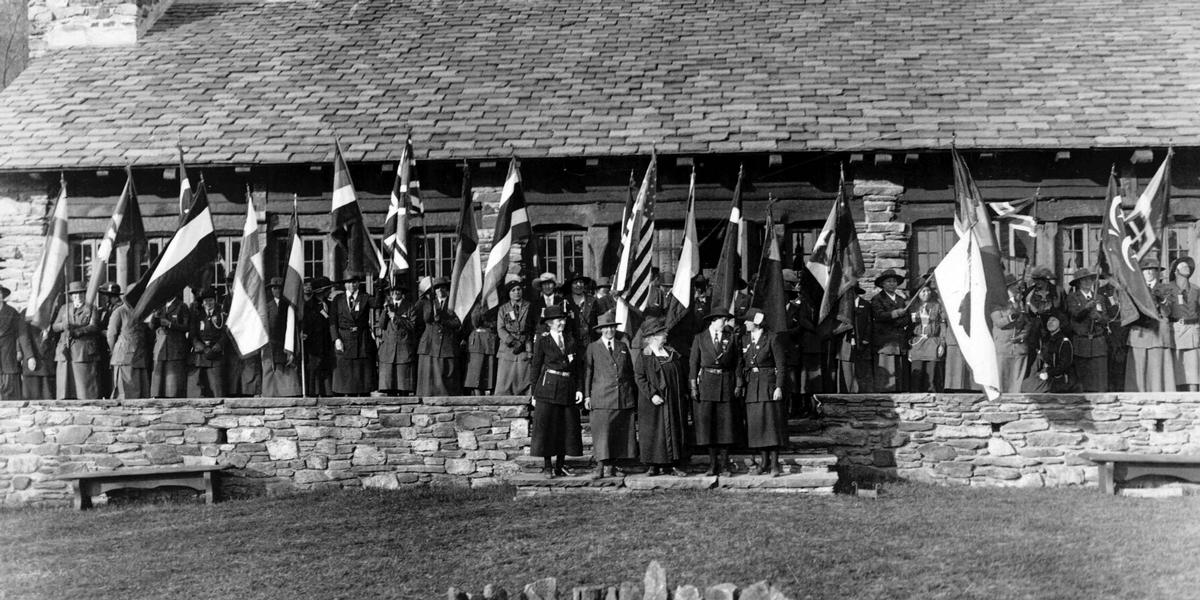 Everit Macy purchased 200 acres adjacent to the already-established Girl Scouts' Camp Andree and donated $50,000 for construction for the original buildings, designed by James Yardley Rippin, a friend of Lou Henry Hoover, wife of President Herbert Hoover, and Mrs. Macy's successor. Rippin, the first presidential retreat, Rapidan, for the Hoovers, and shared Mrs. Hoover's interest in the benefits of the outdoors. The centerpiece of the camp, Great Hall, is a magnificent rustic-style shingled-clad structure that is nearly entirely intact and worthy of historic landmark status.

Macy was the site of the first United States International World Camp in 1926, the last Girl Scout gathering attended by Juliette Gordon Low, propelling forward her advocacy of internationalism for Girl Scouting only one year before her death. During this Camp, participants designated February 22nd as World Thinking Day.

1982 - In 1982, under the leadership of CEO, Francis Hesselbein, GSUSA added a conference center, including corporate meeting rooms, a 190+ seat auditorium, and 52 guestrooms. The "University in the Woods", as Macy was called in its early days, continues to serve as the site of many Girl Scout workshops and conferences, as well as numerous non-Girl Scout meetings, and is managed by Benchmark, A Global Hospitality Company 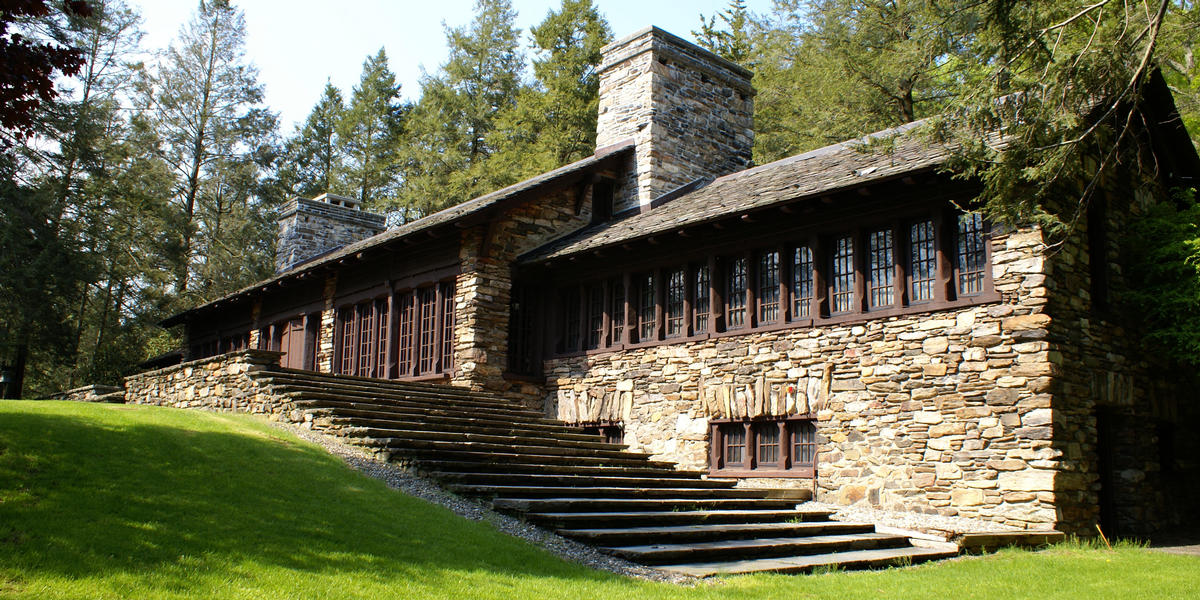 Edith Macy is owned by Girl Scouts of the USA.

Edith Macy Center has served as a unique facility dedicated to educational opportunities since 1926. Macy, as it's commonly known, has always functioned as a learning center for Girl Scout volunteers and staff members, and it is also open to both non-profits and for-profits for training events. It features six corporate conference rooms, a 200-seat auditorium, and attractive lodges, all surrounded by 400 wooded acres in Briarcliff Manor, New York—just 45 minutes from New York City.

This "university in the woods," as it was called in its early days, is the site of many workshops and conferences sponsored by Girl Scouts of the USA. Participants in these Macy courses return to their Girl Scout councils with new skills and knowledge and a renewed commitment to their work. Macy is an ideal setting for events large or small. The conference center has facilities for groups of up to 200 people. The nearby John J. Creedon Education Center is perfect for smaller and more confidential gatherings. Macy accommodations, including 46 guest rooms, are located throughout the property. With these features and more, Macy offers all the ingredients for a productive meeting.

OUTDOOR SPACE AT THE MAIN CENTER

Our outdoor deck and patio are located adjacent to our Commons area and can be used for outdoor meetings, private receptions and events or an extension of events taking place in the Commons and hearthstone dining room. We have 2 outdoor firepits for use as well.